Mistaken identity; the mistakes we make and a lack of understanding about what identity actually is - part 3

Warning: this is part three of what is intended to be a nine-part blog looking and expanding on what identity is!
If you have arrived here directly, then please go back and start at part 1 - after all, in the Identity world context is everything! [sorry for the identity in-joke].

Being presented with an attribute of my identity without some form of context is somewhere between meaningless and slightly useful. Let's take the example of buying a bottle of whiskey and asserting my age;
In real life, unlike the computer world, there are few if any absolutes, everything we do, and more importantly the decisions we make are based on context. If I were a social scientist, I would now be making an argument about context being predominantly learnt prejudice, but let's not go there.
Apart from being a complete lottery when presenting attributes, we need to look at why it sort-of-works face-to-face and generally fails when not face-to-face.
Bottom line, in real-life we assert an attribute from a persona, often multiple attributes from disparate personas (that are linked at the root - i.e. me), and as long as the entity requiring these attributes is able to validate the entity that signed them, to their level of satisfaction, the transaction is able to proceed.
Why? Because the entity receiving them is able to understand them in context, so for example for my whisky sold over the Internet the contextual decision goes something like this;
In reality, we constantly assert attributes from multiple personas, that all need to be provably linked. Easy in real-life (remember that photo linking my personas), however in the digital world we need cryptography and common (single & anonymous) cryptographic roots of trust - but more on that in a later blog. 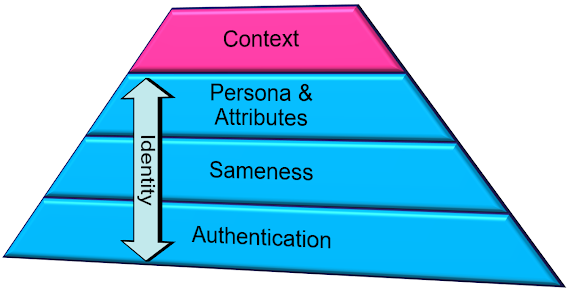 For now, let's just leave it as Identity (Authentication, Sameness, Personas and Attributes) that all allow the derivation of context, and from context we get into risk-based decision making - but that’s part 4.
https://www.globalidentity.blog/2023/01/mistaken-identity-part4.html 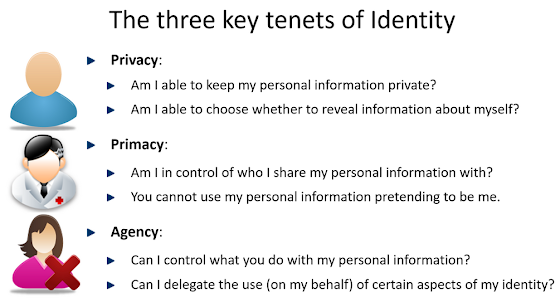